A night at Grimsel Hospiz

The history of the Grimsel Hospiz goes back centuries. Switzerland’s first documented inn, which served as a hostel for hikers, stood here as early as 1142. The building had to be rebuilt in 1852 after the innkeeper set fire to it, and in 1932 it was moved to the higher rocky head between the two dam walls due to the expansion of the reservoir. Insider tip: In winter, when the lake level is low, you can see the bridge that led to the old hotel.

In addition to its striking appearance due to the staircase gables and exposed brickwork, the new building made headlines as the first electrically heated house in all of Europe. Even during the extensive renovation from 2008 to 2010, this environmental concept was consciously adhered to, which is why the building has since been heated with the waste heat from electricity production.

Under this link you will find further exciting background information.

We are already quite excited and delighted that the weather forecast for the booked date is bright spring weather. At the meeting point at the Oberhasli power plants (KWO) in Innertkirchen, a very friendly KWO employee welcomes us and while she informs us about the trip of just under 1.5 hours, we can enjoy coffee and other drinks. Already the journey to this fascinating place at almost 2000 m.a.s.l. is a highlight: With the Postauto 171 we go in the direction of Guttannen village and after 20 minutes we reach the Gersteneggbahn. This takes us from Handeck to Gerstenegg within 12 minutes. The gondola only runs during the winter months and only transports hotel guests of the Grimsel Hospiz as well as touring skiers, but this only by reservation with an online ticket purchase no later than the day before, 16:00 (all information about this can be found under this link). Christine patiently answers all our questions and provides us with interesting background knowledge, such as the fact that the entire power plant including employee housing is networked underground. This tunnel system was built because of the constant danger of avalanches – this ensures that all areas of the plant are accessible at all times. At the Gerstenegg station, a staircase leads us into the aforementioned tunnel system and a minibus takes us almost 3 kilometers, first through the main tunnel and then through a smaller side tunnel. For the first time in a long time, my cell phone shows “No Service” and I notice how I take a pleasant breath and now look forward even more to the winter oasis of peace at the Grimsel Pass. A short walk brings us to the so-called “Sommerloch”, where we take a small gondola for the last part of the way. Now a last climb of stairs before the mighty Hospiz appears in front of us. Now it becomes clear how aptly the slogan of Grimselwelt is chosen: “Where the energies flow!” – in both senses.

In and around the Grimsel Hospiz

At the Alpinhotel we are again welcomed very friendly, get all the necessary information and only a few minutes later we move into our bright and modern room. A Meiringen meringue on the bedside table makes the arrival even sweeter.

It is shortly after noon and the only fixed points in the course of the day are coffee and cake from 3:00 p.m. (of course we don’t want to miss that) and dinner from 6:00 p.m.. For me it is the first time at this extraordinary place and I wonder briefly what we are going to do with all the remaining time, since due to the avalanche situation in winter one can only move around the hotel area. Only a few hours later I will smile at myself for this question, because the time flies by. Not only is it possible to reserve a time slot for the outdoor sauna and the hot tub or to use snowshoes free of charge, it is also easy to linger in the pleasant ambience of the Salon Aaretal or while reading, listening to music or working on the comfortable armchair in your own room.

We take advantage of the tranquility of the mountains for a walk in the snow and enjoy the view of the impressive dam wall and the lake, which is only barely visible due to the high snow, the mostly snow-covered pass road and the mountains – and let the energies flow.

We can do without a thick winter jacket; if we lay down on a deck chair and close our eyes, we might as well imagine ourselves on a sunny beach somewhere in the south. But the glare of the snow quickly brings you back to the beautiful Bernese Oberland.

The cake buffet in the Arvensaal doesn’t make you ask twice. In addition to the generous coffee and tea selection (my city heart beats faster due to the Berner Länggasstee offer!) there are several large plates with sweet treats in bitesize. From sweet donuts to fruity sheet cakes to fresh meringues, everything is available and by the time the third piece is shared, it’s clear that the first two were not lucky strikes, but that masters of their craft were at work here – it’s hard to be reasonable and not eat beyond your hunger.

Before sunset, Paedii installs his camera to start his time-lapse recording. He wants to capture the onset of Blue Hour and the lights coming on in and around Grimsel Hospiz. The moon is already almost full and helps to illuminate the scene at night.

After it has darkened and become noticeably colder with the setting sun, we look forward to dinner by the 15 Gault Millau points-winning chef Roman Crkon and his team. Once again, we are greeted in a very friendly manner and escorted to a cozy adjoining room.
Since we are happy to forgo meat, we politely ask if a small modification of the proposed multi-course menu would be possible. Immediately, the restaurant expert suggests us several options and, after consultation with the kitchen team, offers us a menu that is perfect for us as an alternative. We are thrilled, here they still take the well-known saying “The customer is king” literally. Not only the service and the food are fantastic, but also the hotel manager Markus as well as his wife Marianne Meier personally check in on us and make sure that everything is to our complete satisfaction. Full and happy, we go back to our room and look forward to spending the night in the comfortable double bed.

In the morning our alarm clock rings shortly before sunrise. We enjoy the view over Lake Grimsel in the direction of Lauteraar and watch the sunlight make its way down to earth. Apart from the light whirring of the tunnel construction site, there is absolute silence.

From 8:00 a.m. onwards, a very generous and extremely fresh breakfast buffet is served in the already familiar Arvensaal. From fresh bread and croissants to a selection of muesli to pancakes, eggs and bacon, everything is available and we notice that attention is paid to the regional origin of the products, which we appreciate very much. Here certainly no one has to leave hungry. We enjoy the last hours in this harmonious environment and shortly before noon, after the personal farewell of the hosts, we start our return journey with a handful of other guests. Maybe I’m wrong, but with each and every one of them there is a refreshed gleam in their eyes, which probably only the tranquility of the Swiss mountains is able to trigger.

On the Grimselwelt website you can find more information and book your own adventure:

Thanks to the whole Grimsel Hospiz team, we will definitely be back! 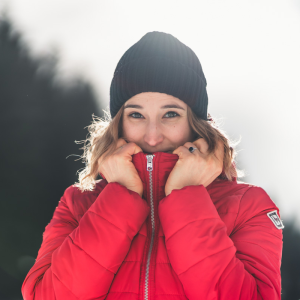 Nora grew up in the countryside, followed her heart to live in the city but feels like home all around the world and just started to become a travel blogger. She's always on the move, loves to be creative in many kinds of ways and finally wants to observe puffins in the wild (Really! So bad!).

Thank you for your support! Some of the links that recommend products on this page are affiliate links. If you use these links for a purchase, it supports us with no additional cost for you and enables us to continue posting free content. We only recommend products that we used for an extended period of time and that we would buy again.

A full wedding day in the Bernese Alps.

How to photograph the milky way

A guide for beginners on how to photograph the milky way. Planning, scouting, equipment.